A cannabis problem keeps Aurora CEO up at night 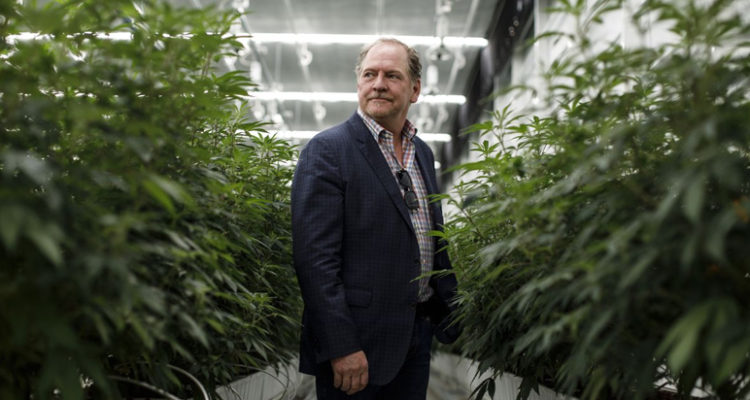 Terry Booth has one concern that he cannot shake

Aurora Cannabis (TSE: ACB) saw some gains on the stock market last week, rising 9% from the start of the week until Thursday, but the improvement wasn’t enough to appease the company’s CEO, Terry Booth. He has a nagging issue that he can never resolve and it has become so overwhelming that he “losing sleep over it.”

Booth is concerned about a challenge he sees on the horizon, and which some analysts have already recognized, as well. With a few short years, there is going to be a marijuana shortage and the industry may not be able to keep up with demand. As far as problems go, it’s not a bad problem to have – the need to sell products will always be present – but it could cause damage to the industry if it isn’t addressed appropriately.

For its most recent quarter, Aurora posted record sales. This has been seen by other companies, as well, as more jurisdictions across the globe continue to legalize marijuana. The fact that the U.S. federal government could be extremely close to legalizing marijuana – possibly within a year or two – is going to produce astronomical growth for the industry as a whole, given the fact that the U.S. is potentially one of the largest consumer marijuana markets that could exist.

Speaking with an analyst with Canaccord Genuity last month, Booth stated, “It will be at least five years until we have an oversupply situation … We need better retail infrastructure across the country to see the level of sale everyone is anticipating.”

Excessive demand can be a serious issue. If companies are not able to meet supply requests, consumers turn elsewhere, resulting in lost revenue. Aurora is already getting deeper into the market, and around 40% of its total sales come through recreational cannabis sales. The industry is changing rapidly and changes to laws, as well as new opinions by the World Health Organization and the United Nations, are causing unprecedented growth, unlike anything ever seen in any industry. Aurora needs to know that it can fulfill its supply obligations for years into the future and Booth is convinced that the entire industry is not ready for what’s to come.