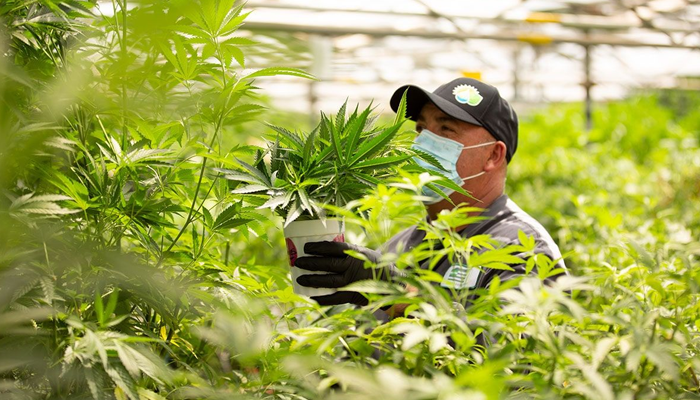 2021 is expected to be the year that the US achieves major cannabis reform on a national level, but there are still no guarantees that this will happen. As the cannabis industry waits and companies position themselves for legalization of a nationwide cannabis consumer market, Aphria isn’t going to remain on the sidelines. The company’s CEO, Irwin Simon, anticipates exploring new acquisition opportunities in the US.

Simon has a strong retail background, having founded Hain Celestial Group more than 25 years ago. The company specializes in organic food and beverages, and the CEO’s experience and connections in the industry give him a strong base upon which to build out Aphria’s portfolio. He told CNBC’s Closing Bell yesterday, “There’s many opportunities in the U.S. right now with food and drink and other consumer products, and I know about how to build consumer brands and parlay that into cannabis once legalization happens.”

Aphria’s recent acquisition of independent craft brewer Sweetwater was a stepping stone toward greater expansion. Simon explained, “In the U.S., we had a solid first full quarter of contribution from Sweetwater even with lower on-premise sales compared to the prior-year quarter as many foodservice industry establishments were still operating with limited capacity.”

The company’s planned merger with Tilray is set to alter the cannabis space, as the resulting company will reportedly form the largest cannabis company in the world. Aphria continues to search for new acquisition targets ahead of that merger, expected to be finalized within a couple of weeks, with the ultimate goal of becoming the go-to cannabis market leader. Aphria shareholders are scheduled to vote on the merger tomorrow.

Added Simon, “Not knowing when [cannabis] legalization happens in the U.S., I want to continue to acquire certain businesses like a Sweetwater, like a Manitoba Harvest, that can parlay in the cannabis world once legalization happens with great margins, great growth and great distribution for us.”