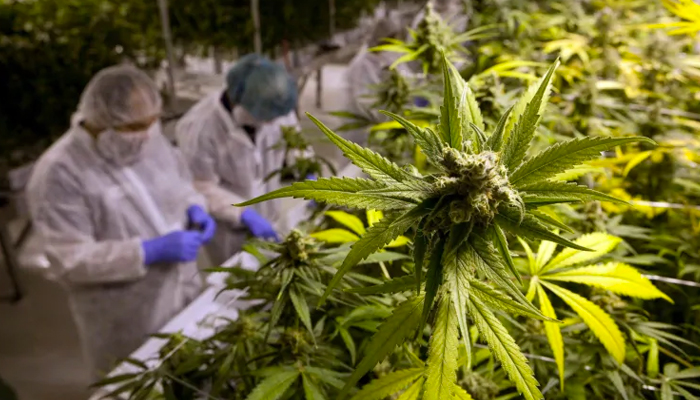 Two executives are promoted as the company prepares for expanded operations

Aurora Cannabis (TSE: ACB) is a leader in the industry because of its foresight and willingness to set up a global network in preparation of a complete paradigm shift in how cannabis is viewed. It has also reached where it is because of a strong executive team that knows how to make strategic decisions. That team just got a little stronger with the promotion of two executives who will be better positioned to help the company achieve more growth.

Dr. Shane Morris has been upgraded from Senior VP of Product Development and Regulatory Affairs to Chief Product Officer, while André Jérôme, who was the company’s former Senior VP of Business Integrations, is now its Chief Integration Officer.

Dr. Morris has been with the company since January of last year and as helped Aurora keep its product development and regulatory affairs in order. He has been instrumental in the release of several products, including Oral Mist, Oral Dissolve Strips and Oral Cloud, and will now oversee product development for all of the company’s initiatives in Canada and its international markets.

Jérôme began a month after Dr. Morris and came to the company by way of Aurora’s acquisition of H2 Biopharma, now located at the company’s Aurora Eau facility in Quebec. He was in charge of acquisitions and, because of the quickness with which the company has grown, has already taken on additional roles. These added responsibilities paved the way for the promotion, and he will now see all current and future integrations tied to Aurora’s expansion strategy.

CEO Terry Booth says of the promotions, “Aurora is committed to maintaining its global leadership position in the cannabis industry and we have built a strong team that will drive the future growth and strategic development of the business. [Dr. Morris] has played a critical role in overseeing Aurora’s product development and regulatory initiatives, which have resulted in the successful launch of many novel product forms and the successful management of our many site licenses. As we enter the next phase of consumer legalization in Canada and global expansion, [he] will play a critical role in ensuring we continue to have the right mix of products in all markets that will resonate with both our patients and consumers.”

He added, “With diverse business integration experience, [Jérôme] has played a critical role in the successful integration of our global assets and subsequently ensuring we continue to drive strong value from these transactions for our investors. [His] contributions have allowed us to strategically assemble a portfolio of high-quality assets that together are uniquely positioned to continue to lead the global cannabis industry.”