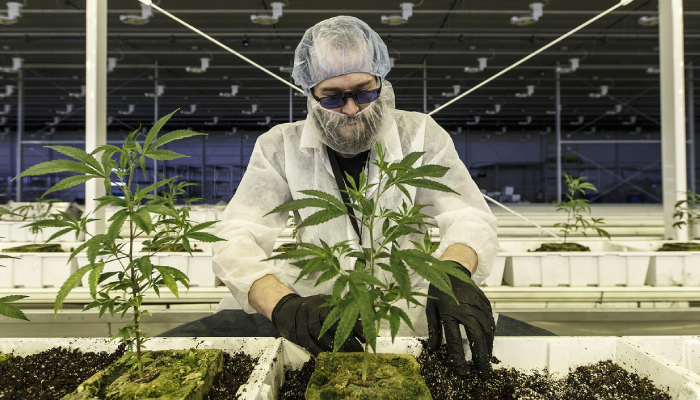 In order for future generations to understand and appreciate the true value of cannabis, it’s important that the proper education programs be implemented. These have already begun to surface around the globe and are helping to reverse the negative – and often incorrect – information that has been disseminated for the past 100 years. Aurora Cannabis has a history of supporting programs that help put cannabis in the proper light and is doing it once again. The company announced that, through its European subsidiary, Aurora Europe, it has made a substantial donation to a German university’s cannabis education program.

Aurora announced that it has provided the Humboldt University of Berlin with $46,198 to be used for the school’s program on medical cannabis studies. The donation goes to support an interdisciplinary cannabis research class that is also being funded, in part, by the German Ministry of Education, Research and Science. “I am confident that the still prevalent stigma and prejudices surrounding medical cannabis will be overcome by collaborating with young scientists and leading scientific institutions,” Axel Gille, President of Aurora Europe, said.

The university’s cannabis science program was founded in 2013 and has found a lot of interest from students. It was designed to enhance the “scientific personalities of students” and the course’s primary model is to teach ancient cannabis cultivars through science so they can make a reappearance and provide better benefits to society. The program analyzes biology, plant physiology and cultivation in relation to the content of tetrahydrocannabinol (THC) and cannabidiol (CBD) and sees involvement from research teams that have studied the medical and nutritional properties of cannabis.

Christian Ulrichs, the dean of the school’s Life Sciences department and a leader of one of those research teams, said that more questions have come up through this class, “which the scientific team will now research with scientific and commercial partners in Germany, [and] also in countries such as Brazil and Mexico.”