Aurora Cannabis forced to retreat from marijuana farm over wildfires 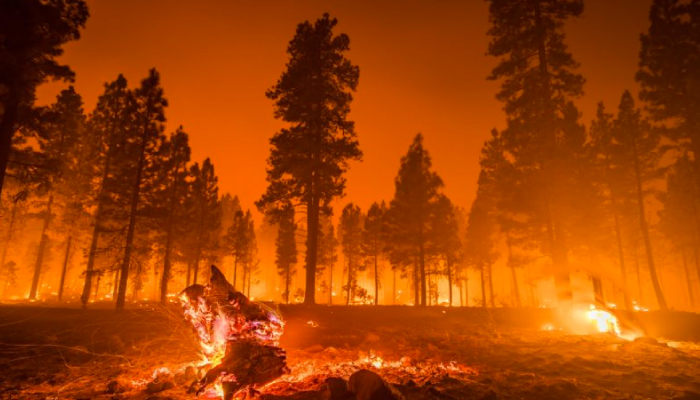 Lately, several forest fires have been reported in British Columbia, which has caused several cannabis growers and Canadian companies such as Aurora Cannabis to be extremely affected. Because of environmental situations like these, many companies have to pull out of their operations, such as the case of Aurora with its marijuana farm.

According to different experts on the subject, forest fires intensify as time goes by, and this makes their frequency also a factor that rises year after year. Referring to a wildfire in White Rock, a city in British Columbia, as a “catastrophic event,” Mark Healey, the incident commander, said it is very unfortunate how nature suffers from these consequences that are directly or indirectly caused by humans. In addition, it has been reported that low humidity and combined winds have greatly helped to make wildfires a fact of life in this part of the Canadian country.

This being the current scenario, Aurora has now been forced to evacuate an outdoor cannabis farm. The intense flames forced the leading cannabis company to cease operations at its cannabis farm located in Westwold, British Columbia, according to a report by Marijuana Business Daily. Named Aurora Valley, the marijuana farm spans 200 acres. According to the Kamploos Fire Centre report, there are currently more than 80 fires affecting the surrounding region, at least half of which have been described as uncontrollable.

Fortunately, it was made clear in the news that Aurora’s employees have been left completely unharmed and that the evacuation has no negative repercussions on the company’s operations.

“Everyone is safe and some have been able to return to their homes over the past few days as the fire has degraded,” said the company spokesperson. “The safety and well-being of our employees is our top priority, and we have been in regular contact with them to help meet their needs. Our other priority is site protection, which we continue to monitor. We appreciate the tireless efforts of the BC Wildfire Service, which is working around the clock to contain the fires.”