Canopy Growth-backed BioSteel partners with the NHL and the NHLPA 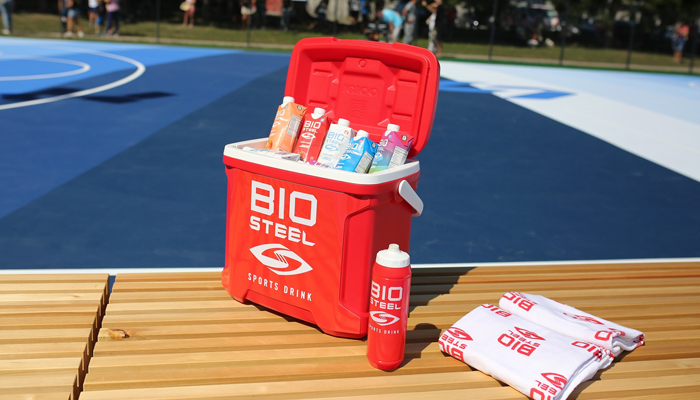 The beverage company continues to make waves across the sports industry

BioSteel, a company backed by Canopy Growth has been reporting major strategic moves in recent days. Midweek it reported the appointment of a new president in search of a fresh and streamlined operation. The brand has now announced that the National Hockey League Players Association (NHLPA) and the National Hockey League (NHL) have reached an agreement to form a multi-year partnership that names BioSteel the Official Hydration Partner of the NHL and NHLPA.

The historic partnership is expected to make its debut during the 2022 NHL Draft in Montreal, where BioSteel is a presenting sponsor with national coverage on Rogers Sportsnet in Canada. This new joining of forces between the three entities will give BioSteel’s brand league-wide marketing and product supply rights, community engagement platforms, retail activation rights, player activation and marketing rights, and more.

The company that continues to provide its “Clean. Healthy. Hydration.” products to athlete and fan communities has now undoubtedly marked a new milestone following its first hydration partnership with a league. The brand has boomed exponentially in North America, and the trust this league is placing in its products and services is a clear sign of that.

“We are thrilled to announce this partnership that makes BioSteel the official sports hydration partner of the NHLPA and NHL,” said Mathieu Schneider, NHLPA Special Assistant to the Executive Director. “BioSteel has a long connection with NHL players, being created in and around NHL locker rooms and we are excited to now have the opportunity to utilize the profile and reach of our players to grow and strengthen this partnership with BioSteel and the NHL.”

Fans following the 2022-23 NHL regular season closely will be able to watch the league’s players hydrate exclusively with BioSteel during every NHL game in North America. In addition, BioSteel products will be strategically placed in each penalty box, bench, and goal area. The partnership also means the brand will have a year-round platform to activate branded programming with NHL brands, logos, teams and players.