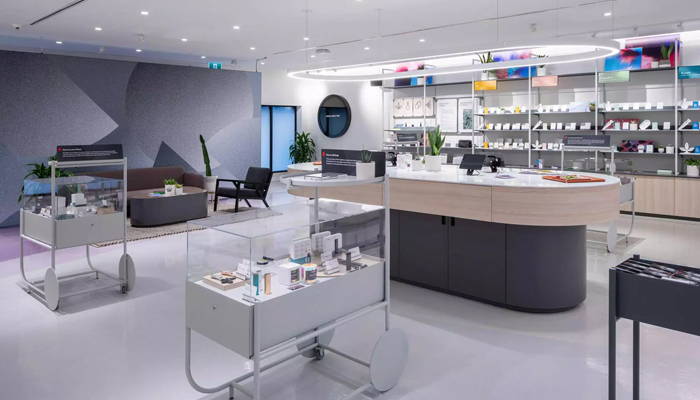 A new Tokyo Smoke dispensary was opened yesterday, and it was the first store to be officially open in Stoney Creek in Hamilton, Ontario. Behind this dispensary is Canopy Growth Inc., and the new dispensary is just part of a planned rollout of new stores by the company coming to Canada this year. While opening day of the Stoney Creek dispensary didn’t see a lot of traffic, it marks an important milestone in the company’s growth.

Back in the days when the first cannabis stores were opened, crowds of people were waiting outside, but now things have changed and, even though there is still space for business, there is also more competition. According to Melissa Gallagher, director of franchising for Canopy Growth, there were a “few excited guests” waiting outside, but, since April 2019, openings are not the same. Gallagher explained that there is still “a lot of demand, but maybe not those lineups.” She talks about the 30 something stores in the Ontario area, and how those numbers are not even close to the potential this province has.

Canada seems to be welcoming more stores as just a few days before Tokyo Smoke was opened, another dispensary called the Ancaster Joint started up, and it was the first legal cannabis store in the area. For Canopy Growth, that’s not all for Hamilton, another store is in progress, and it will be located on James Street. “There’s certainly more competition which is good for everyone. We’re happy to see more stores coming online,” added Gallagher. “It’s absolutely still a great business model.”

The editor of the Weedweek Canada newsletter, Jesse Staniforth, also shared his opinions on the matter. “In Ontario, a license for a cannabis retailer is more or less a license to print money,” he said. There is still a challenge that dispensaries face fighting against the illegal with prices and quality that seems to make it difficult to compete. Tokyo Smoke understands the difficulty of competing with the illegal market, but they are not willing to lower the bar. “We try and price our products competitively, but the focus really is on quality,” she added. Canopy Growth has at least three more planned dispensaries it wants to open over the course of the next several months.