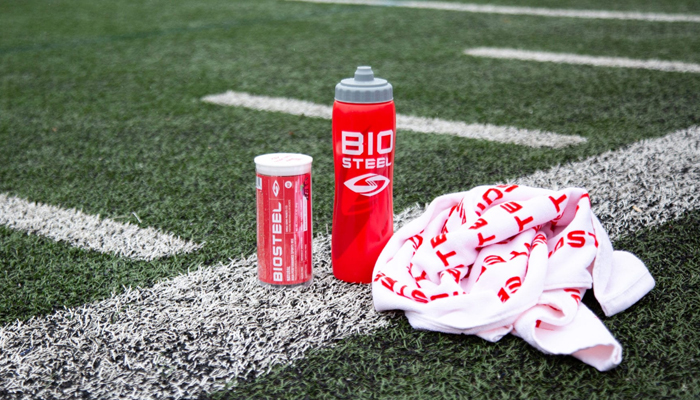 Cannapany on November 7, 2022 No Comments

Month after month, BioSteel Sports Nutrition, a subsidiary of Canopy Growth, continues to take its name to the next level. To achieve this, it has created a portfolio of highly recognized ambassadors in the world of sports. With the intention of growing this roster even further and designing the next generation’s hydration, the firm has signed Calla Frank, Jade Iginla, Laila Edwards and Sarah Fillier, four elite field hockey players from different nations. They will now be part of the group of athletes supporting fitness on and off the ice with Clean. Healthy. Hydration.

#TeamBioSteel keeps adding relevant names to its roster, and these four new athletes are a clear example of that. Through their social networks and events, they will be in charge of promoting the brand, showing how these BioSteel sports drinks become an essential solution in their daily hydration routines.

For some years now, women’s sports have increased in popularity globally, and BioSteel is aware of this. Therefore, the brand believes that these new additions will position it as the hydration drink of choice for the growing women’s field hockey audience. The athletes join #TeamBioSteel just as the brand’s inaugural season as the official hydration partner of the National Hockey League (NHL) kicks off.

Iginla will star in the US versions, while Frank will handle the Canadian market as part of his first branded content. They will be part of a new BioSteel commercial that will air during NHL games this season, showcasing BioSteel as the brand charged with hydrating the next generation through field hockey.

“We’re thrilled to welcome Laila, Sarah, Calla, and Jade to our team of elite athletes,” said Michael Cammalleri, a co-founder of BioSteel and an NHL veteran. “These athletes represent the next generation, and we look forward to supporting them on and off the ice with our lineup of zero sugar hydration products as they take their games to the next level and inspire their communities.”