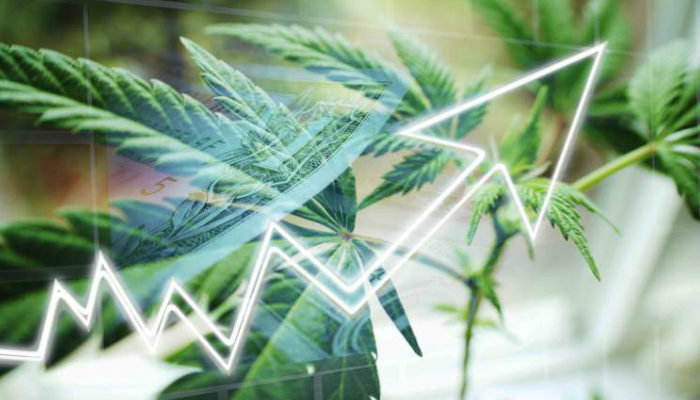 The latest financial information will be published tomorrow

Charlotte’s Web Hemp (CNQ: CWEB) is expected to release its fourth-quarter financial report tomorrow after the markets close and will hold an earnings call at the same time. There is already some insight into what should be reported and the company continues to look strong.

Charlotte’s Web has seen its stock increase by 36% this month and by 77.6% year-to-date. Comparatively, Cronos Group, Tilray, Arena Pharmaceuticals and others have all seen declines. Those that have seen gains, such as Cara Therapeutics and Corbus Pharmaceuticals, have only reported increases in the single-digit range.

EBITDA (earnings before interest, taxes, depreciation and amortization) should be around $7.5 million for the quarter, up by $1.1 million sequentially. This is expected to increase from the $23 million in full-year 2018 to $53.3 million this year, and the earnings per share should double on a quarter-over-quarter basis to $0.06.

Considering its valuation, analysts often use the enterprise value to revenue multiple for the cannabis industry since most companies are still operating in the red and have not yet started to turn a profit. In the case of Charlotte’s Web, the company is valued at an enterprise value to revenue multiple of 10.7x its expected revenues for this year and 6x its 2020 consensus. Aurora Cannabis has a multiple of 24.7x its 2019 consensus revenues and 10.9x its forecasted revenues for next year.

The release of the fourth-quarter and year-end results will be made via a press release after the Canadian Securities Exchange closes tomorrow. The company will hold its earnings call at 4:30 PM Eastern Time and is available to anyone who wishes to participate.