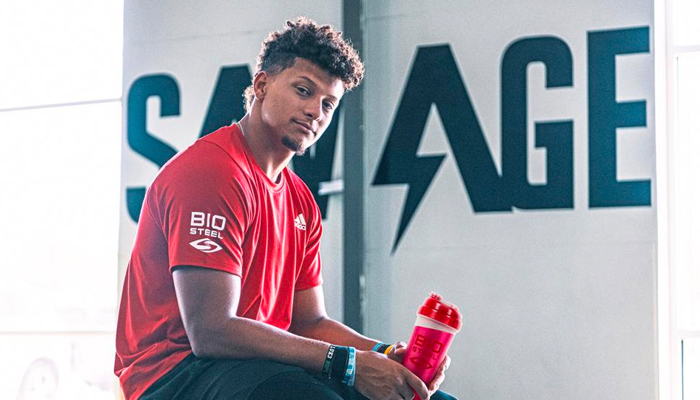 The Super Bowl winner and NFL MVP is putting his name

Canada-based Canopy Growth, one of the leading companies in the North American cannabis market, continues to work on its goal of expanding its market share and it has signed a top football athlete to promote its brand in the US. Kansas City Chiefs quarterback Patrick Mahomes will be working as a “partner” of BioSteel Sports Nutrition, of which Canopy has a 72% stake. This is a great opportunity for Canopy as Mahomes, who will be an official endorser of the company, is already a user of this cannabidiol (CBD)-based product.

Mahomes, who led the Chiefs to its first Super Bowl win in 50 years in February, started using BioSteel after his trainer recommended it to him. Canopy bought the majority of shares in BioSteel in October last year at a time when large cannabis enterprises were buying other companies fiercely; however, information regarding the terms or the value of this transaction was never disclosed. Similarly, the company did not give details about the terms nor the financial agreement that was signed with Mahomes in this new partnership. Besides the production of nutritional supplements, BioSteel also has a line of sugar-free sports drinks and other sports-focused products.

After spending several months working on restructuring the company and organizing its operations, Canopy has been focusing this past few months in gaining market share, which is expected to grow massively with a strong arrival into the US market. Signing a renowned sports figure to endorse the brand is part of the effort Canopy is making to launch a substantial appearance in the legal US cannabis market. Only a month ago, the company announced the launch of its specialty website called ShopCanopy.com, which offers CBD products that can be purchased anywhere in the country, and it includes the entire company’s portfolio of products, including BioSteel.