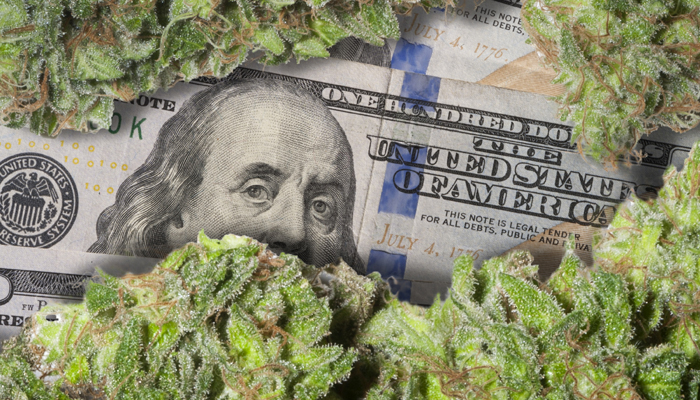 KushCo Holdings announced several days ago that it would be providing an update to its financial situation for the fourth quarter and the fiscal year, which ended August 31, and the cannabis company completed its goal. It released its results yesterday, indicating both positive and negative activity for both periods. As the presidential elections loom and the chance for cannabis reform increases, KushCo is in a position to be able to capitalize on market growth.

Sequentially, KushCo reported net revenue growth of 19%, thanks primarily to an increase in sales to its top customers. However, net revenue was down 44% to $26.5 million from the prior-year period, driven by tighter credit terms. Overall, though, the company’s revenue was better than analyst estimates, some of whom had expected revenue to be just $25.7 million.

Net losses, on a non-GAAP basis, for the fourth quarter were $1.4 million, an improvement over the net loss of $7.2 million reported for the prior-year period. KushCo is gaining ground as it works to apply pressure to customers with outstanding credit and expand its operations. As a result, the basic loss per share was just $0.06, an improvement of $0.07 over what was reported a year earlier.

KushCo co-founder and CEO Nick Kovacevich added in the report, “After a challenging start to the fiscal year beginning with the illicit market vape crisis and, shortly thereafter, the onset of the COVID-19 pandemic- fiscal Q4 2020 was one of the most transformational quarters in KushCo’s entire 10-year history. We onboarded several new high profile customers, returned to growth, executed many of the major initiatives of our 2020 Plan, and achieved our first quarter of positive adjusted EBITDA and cash flow from operations in more than years.

From a revenue perspective, we generated $26.5 million, representing a 19% increase compared to fiscal Q3. The sequential growth was largely driven by an increase in sales to our top customers with whom we have worked hard these past two years to develop deep relationships. These customers are continuing to enter new markets and solidify their positions in existing markets, demonstrating our thesis that the industry will continue to see more consolidation, and that we will be rewarded by aligning ourselves with these larger operators.”