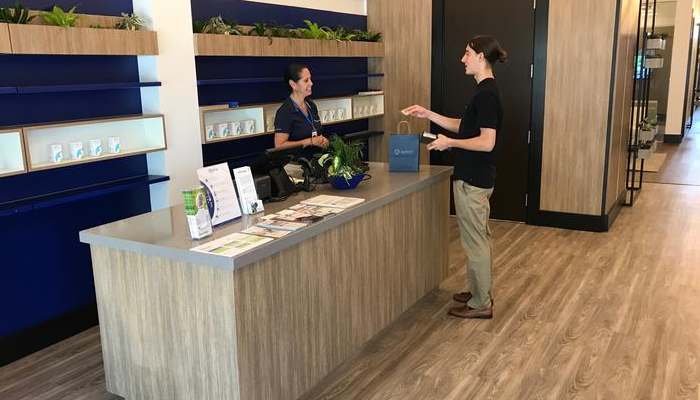 Cannapany on November 3, 2020 No Comments

The cannabis company now has 27 shops across the Sunshine State

While Liberty Health Sciences searches for a new CEO, it’s business as usual for the cannabis company. Victor Mancebo just announced his resignation, effective this December, last week, but Liberty Health continues to expand. It just announced that it has opened a new dispensary in Florida, the latest being launched in St. Augustine. With this new shop, Liberty Health now has 27 dispensaries across the state.

The store is located on A1A South in the city and becomes the first to be opened by Liberty Health in St. Johns County. There are already plans in the works to add new dispensaries this month, as well as before the end of the year, but the company hasn’t provided details regarding where and when these shops may appear. The launch follows the opening of new stores in Stuart and Jacksonville Beach, which were added earlier this year.

Liberty Health interim CEO George Gremse says of the company’s efforts, “We pride ourselves on superior customer service, a modern and comfortable shopping experience and carrying a wide variety of sought-after products and high-quality brands like Seed Junky Genetics and its award-winning cannabis strains.” The company teamed up with Seed Junky in August, beginning to distribute the California-based proprietary products in its Florida shops.

The new St. Augustine dispensary is one of the largest the company has opened. It offers two large waiting rooms, a private consultation room and drive-through service for the roughly 100,000 people who live around the area. It will be open seven days a week and, keeping with the company’s tradition, is decorated in original paintings and photographs supplied by local artists.

Gremse adds, “Thanks to our exceptional operational staff, Liberty is becoming a household name in Florida. Even during a once-in-a-century global health crisis like COVID-19, Liberty has continued to look for ways to innovate and better serve our communities and customers.”