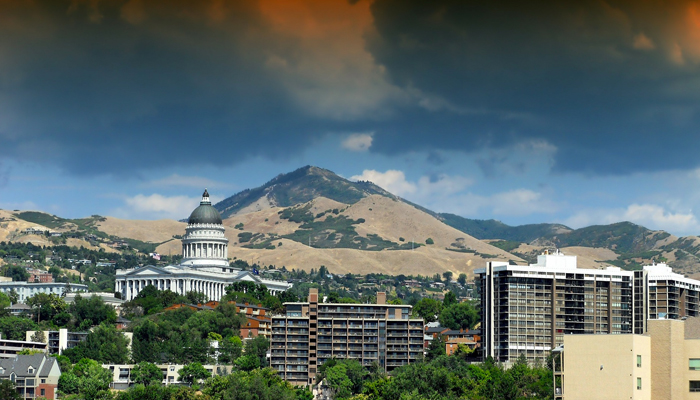 While many states are working on legalizing cannabis for recreational purposes, Utah took the initial steps to run a medical marijuana operation as of March 1. Its new medical cannabis program is expected to generate $84 million by 2024, based on data from BDS Analytics. With the opening of a new market, more than one cannabis company are already paying attention to how the market in Utah develops, though it has some restrictions. TerrAscend Corp General Counsel, Brian Feldman, said that it is a great step to meet its citizen’s demands for now. TerrAscend has obtained a medical cannabis processor license in the Beehive State to enter Utah’s market.

Since the beginning of March, the state has been accepting applications and the first store was opened just one day later. Regarding medical marijuana licenses, the conditions that can qualify are many, including serious ones such as HIV/AIDS, cancer, post-traumatic stress disorder and terminal illnesses. Included in this list, a person with autism can have a card, as well as people living in a hospice or with a rare disease. The program offers several methods of consumption and presentations to patients such as unprocessed cannabis flower, pills, waxes, resin, concentrated oils, topicals, transdermal and vaporizer pens. But the interesting part is that smoking marijuana will remain prohibited, as will edibles.

Even though edibles and smoking are not allowed, the options the state is offering will suffice for now, “We feel that the politicians reacted quickly once they saw the will of their citizens and are doing everything possible to provide patients with needed medical products and assistance,” Feldman told Benzinga. “Their focus on getting products into the hands of those that need them and will benefit from them — with geographic diversity — is impressive.”

Utah took cues from other states, creating legislation that covers packaging, security and transit, while allowing processors and grow to include cannabidiol (CBD) in their products. The local market is seen as a win-win for everyone, with both consumers and entrepreneurs ready to benefit greatly from the cannabis rollout in the state.