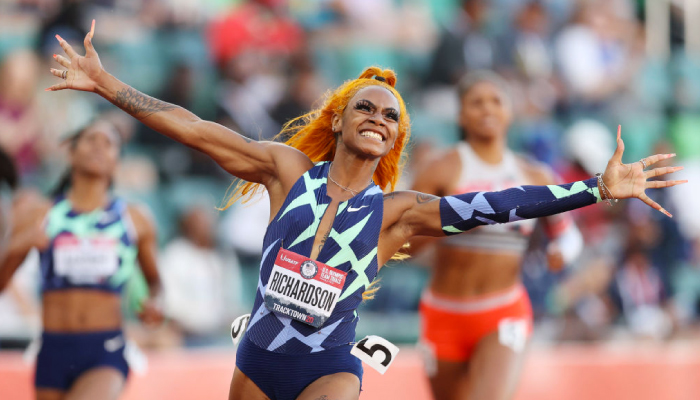 The cannabis company believes the athlete has been unjustly punished

One of the news stories that has been making the rounds in the US recently has been the banning of a US sprinter, Sha’Carri Richardson, from the Olympics after she tested positive for marijuana. This seems an injustice to many people who know very well that this plant has no effect on the performance of an athlete, and even the largest cannabis company in the world, Tilray, is now giving its support.

Richardson, the 21-year-old athlete who won the 100-meter event in 10.86 seconds in the Olympic trials last month, will now not be able to have her presence in the Olympic race that was soon to be held in the official event. According to a report provided by the US Anti-Doping Agency late last week, Richardson had accepted a one-month suspension that clearly affects her participation in the soon-to-be-started Olympics. Since that time, the explanation for the marijuana use is due to anxiety attacks and depression caused by the recent death of her mother, the athlete said in an interview with NBC.

This news reached Tilray’s ears, and the company decided to issue a statement last Saturday expressing its support for Richardson. Irwin Simon, president and CEO of Tilray, does not agree at all with this measure, and in a statement, said that this suspension is simply a clear reminder of how “the outdated legal and regulatory framework around cannabis should be changed” and that Richardson’s story of coping with a loss is something very human, and something that millions of people do today. Simon said he encourages policy reform “both for Sha’Carri and for the many millions of victims, often minorities, who are victims of an outdated and unfair cannabis enforcement regime.”

Although it is a fact that she will not be able to participate in the Olympic 100m race, it is still possible that Richardson could compete in the 4x100m relay at the Summer Games in Tokyo and Tilray will be there to cheer her on.