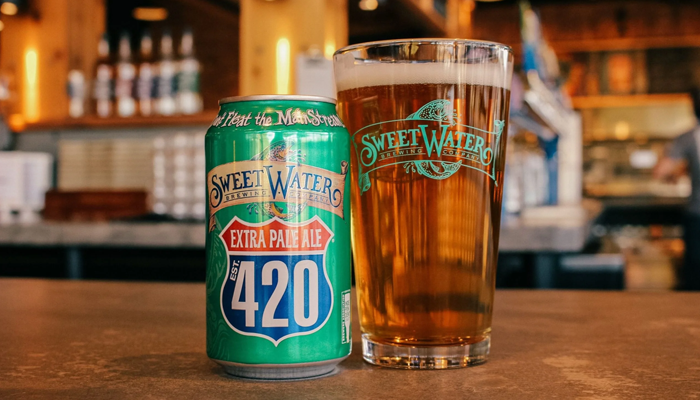 California, for obvious reasons, now seems to have become the distribution target for SweetWater Brewing Company, a brand under the umbrella of global cannabis leader Tilray. According to a recent announcement, SweetWater has communicated its historic expansion throughout the Golden State with distribution partner, Reyes Beer Division.

The news comes on the heels of the brand’s tremendous growth on the west side of the country following the announcement of the opening of SweetWater Colorado Brewing Company, LLC in Fort Collins, Colorado. Also not to be left out is one of its recent acquisition moves following the purchase of San Diego beer brands Alpine Beer Company and Green Flash Brewing Company.

With the latest news of SweetWater’s expansion, one of the largest breweries in the US will now have the opportunity to be available for purchase statewide through bars, restaurants, liquor stores, grocery chains, and other local retail outlets, either on draft or in cans.

2022 is a special year for SweetWater as it marks its first quarter-century of operations. With a move like this, it further emphasizes the growth the company has achieved over the past 25 years, with California now the largest state in which it distributes its brands.

“We are excited to work with SweetWater Brewing Company as they begin this new venture in California,” said Tom Reyes, President of Reyes Beer Division West. “We’ve seen both immense growth and success with craft beer in the California market, and we are pleased SweetWater chose our family to be their distribution partner as they expand their reach.”

The nation’s largest beer distributor, SweetWater’s award-winning line of specialty, seasonal and year-round beers will make smart use of its partnership with Reyes Beer Division to reach the homes of many Californians throughout this year and beyond.