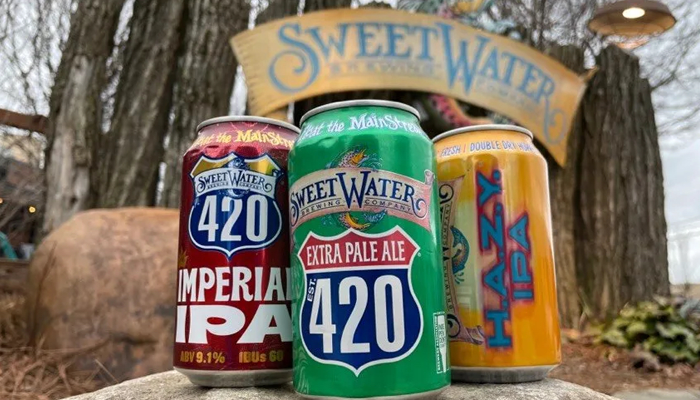 Tilray and its SweetWater brewing company continue to execute on their expansion plans. Now, the nation’s 11th largest craft brewer is bringing West Coast-style beers to the Pacific Northwest through a recently completed partnership with Columbia Distributing. Tilray, with moves like these, no doubt continues to do all it can to stay at the top of its game. The cannabis company knows that cannabis beverages are going to be a huge industry, and it wants to make sure it’s ready.

The company is now continuing its westward expansion in both Washington and Oregon with distribution partner Columbia Distributing. This is a clear indication of the company’s continued momentum after announcing its launch in California a few weeks ago. With this multi-state expansion, SweetWater continues to increase the impact of its footprint as it celebrates its 25th anniversary this year.

“There’s no better way to celebrate our 25th anniversary than to raise some pints of 420 with our new friends on the other side of the country,” said Freddy Bensch, co-founder and CEO of SweetWater. “West-coast styles brews are what inspired the creation of SweetWater 25 years ago, and we’re excited to bring our beers and culture into these great craft beer states with more to come.”

Now, with the help of the great Columbia Distributing chain, SweetWater will have the opportunity to carry its core line of quality craft beers in both Washington and Oregon, including its flagship SweetWater 420 Extra Pale Ale, HAZY IPA and 420 Imperial IPA. In addition to these, consumers can also get its rotating variety packs that include a variety of other beers at various licensed locations.

The expansion to The Evergreen State and Beaver State marks the 39th and 40th states, respectively, where SweetWater products will now be on display, ready for consumers to pick up. There is no doubt that the brand’s rapid growth speaks to the high quality it has delivered over the past 25 years, and it is very likely that it will continue to do enough to keep bringing innovative and high-quality products in the future.