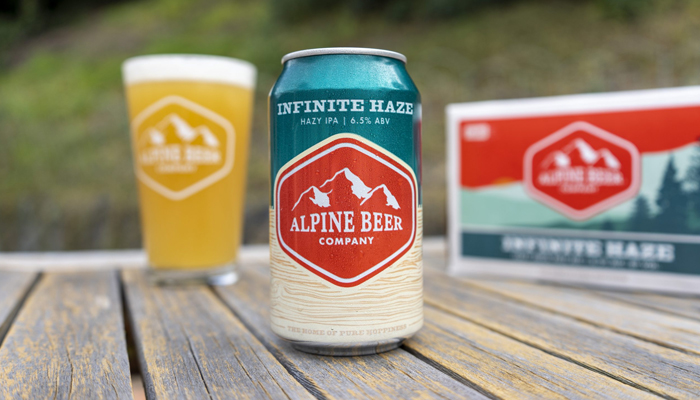 Tilray subsidiary SweetWater Brewing Company appears to be making some major moves in its product portfolio through its Alpine Beer brand. The company recently unveiled the release of Infinite Haze, a Hazy IPA filled with myriad citrus and sweet tropical fruit aromas. This new product becomes the latest expansion of Alpine’s annual lineup and interested California consumers can find it in 12-ounce can presentations. Distribution is expected to reach a national level throughout the year.

Infinite Haze (6.5% ABV) is comprised of a blend of Citra, Motueka and Strata hops, finishing with a huge dry hop that creates a bright aroma of berry zest and citrus with notes of peach, fresh apple, and orange peel. Ty H. Gilmore, president of US beer at Tilray Brands, says many consumers are still haze fanatics, and the company has created a flagship Hazy IPA that stands out from the crowd with a unique flavor and aroma.

Customers can find Infinite Haze in six-packs as well as Alpine’s new Variety Mountain 12-packs and 24-packs of cans, which also include Duet and Nelson. Albertsons, Vons, Ralphs, BevMo and Total Wine are some of the select mini-retailers where Alpine decided to place these new products. Having become one of the fastest-growing beers in sales in the Golden State’s southern market, Infinite Haze completes the brand’s year-round lineup as it expands distribution to Florida.