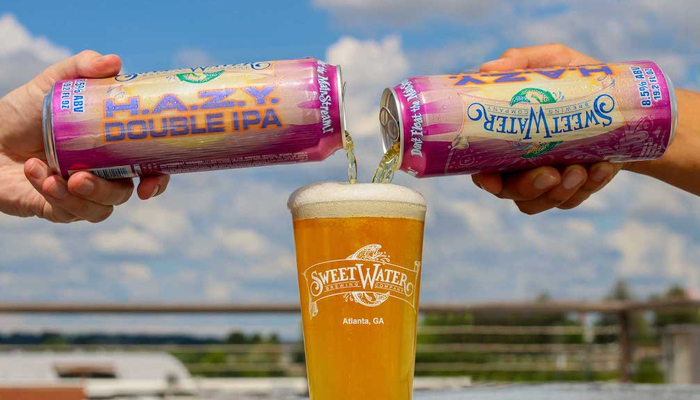 Tilray Brands subsidiary SweetWater Brewing Company has just announced the arrival of its line of craft beers for the fall season. In addition to the return of its popular Mosaic Single Hop Hazy IPA, the line has added a star entrant called H.A.Z.Y. Double IPA. Starting next month, consumers interested in satisfying their thirst with these products will be able to visit different markets around the country.

The new H.A.Z.Y. Double IPA (8.5% alcohol by volume (ABV)) is considered an imperial tropical American IPA, juicy and double dry hopped. All of this combined so that the brand was able to offer an easy-drinking beverage while maintaining high ABV levels.

Its El Dorado, Strata and Sultana hops are enough to provide notes of pine, pineapple, passion fruit and mango. On the other hand, oat flakes are blended in to generate a super smooth body that softens the bitterness.

The new brew will come in 19.2-ounce single cans and 12-ounce cans in SweetWater’s Fall IPA variety pack. The brand hopes it can become an ideal beer for that gathering of friends during the latter part of 2022.

“Our H.A.Z.Y. IPA has been so popular. It just made sense to brew a bigger version of it. We loaded it with hops, dialed up the ABV, and put it in our 19.2-oz stovepipe cans. It’s everything a hazy should be juicy, smooth, and easy-drinking,” says Anna Krakovski, Director of Marketing at SweetWater.

SweetWater is aware that its 25th anniversary should be celebrated in a big way, which is why it has also brought back an old favorite, the Mosaic Single Hop Hazy IPA (6.2% ABV). The hops in this brew provide the necessary bitterness, aroma and additions to this hazy, golden beer. In addition to the H.A.Z.Y. Double IPA and Mosaic IPA, SweetWater’s 12-pack of IPAs will also include two year-round staple beers, H.A.Z.Y. IPA (6.2% ABV) and SweetWater IPA (6.3% ABV).

Markets across the country, such as Georgia, Florida, South Carolina, Pennsylvania, Maryland, West Virginia and Virginia, will carry this line of craft beers beginning October 3. Consumers will now have in their possession a beverage to accompany all the activities that characterize this last part of the year.